As author Jim Beran tours the country promoting his award winning book “The Biggest Short Guy: The Amazing Untold Story of Walter Beran, the CPA Who Changed L.A.”, we will be posting news, videos and podcasts featuring Jim Beran and his amazing stories on this page. If you’d like to have award winning author Jim Beran on your show, please contact us.

THE BIGGEST SHORT GUY
Walter Beran helped shape the soul of Los Angeles from the 1970s-1990s. To accomplish this as a city official, philanthropist or entertainer would not be surprising. But to accomplish this as the 5-foot-5 accountant Beran was unfathomable.
As Featured in California Business Journal
November 2017
What defines greatness for you? Who in your mind was the greatest person? Having grown up in Beverly Hills and after graduating UCLA, Jim Beran worked in politics for the Reagan and Bush administrations. He had the good fortune to meet top political and business leaders, sports stars and celebrities.
As he grew older and had the chance to reflect on what really defined greatness, it was clear to him who the greatest man he ever met was — and that man just happened to be his father, Walter.
READ MORE →

The Steps to SUCCESS: Insights from James Beran, Author of The Biggest Short Guy, on Critical Mass Radio Show
Critical Mass Radio Show
Original Air Date: 9/19/17
Many life lessons come from our very own parents, mentors, and friends. For Author James Beran, his life lessons came from the greatest business man he knew – his father.
LISTEN TO THE INTERVIEW

“The Biggest Short Guy,” a book by James Beran on his hero
Bay Area Focus – CBS San Francisco Bay Area
Original Air Date: 2/12/17
Who is the greatest person you ever knew? For author James Beran that person was his father and absolutley one of a kind. Listen as he tells his incredible story.
WATCH THE VIDEO →

James Beran “The Biggest Short Guy: The amazing Untold Story of Walter Beran The CPA Who Changed LA”
ABC KGUN9 – The Morning Blend
December 28, 2016
With the holidays around the corner we all start thinking about what we are grateful for. The holidays can be difficult for many people that lost their parent, like James Beran, but we think back on what they have taught us. At the end of the day we all want to touch people’s lives, leave an impact and be remembered when we are gone.
WATCH THE VIDEO or READ MORE →

Life Lessons for Entrepreneurs
As Featured in Entrepreneur Magazine
December 13, 2016
A generation of wisdom is at risk of being lost unless we take the time to seek their advice, learn from their vast wealth of knowledge, and tell the stories that they’ve shared with us along the way. To that end, I found a kindred spirit in Jim Beran, an international best-selling and award-winning (for best biography) author of The Biggest Short Guy.
READ MORE →

Gifts Left Behind
‘Exploring the American Spirit’ with Mary Parks, Riverside, CA
November 11, 2016
Riverside, CA – Gifts Left Behind is a poignant look at the lessons learned from a World War II hero, a dad, brother, husband and friend. James Beran authored a book about his father Walter titled The Biggest Short Guy: The Amazing Untold Story of Walter Beran, The CPA Who Changed LA.
WATCH THE VIDEO or READ MORE →

Wisdom and Stories of a Hero’s Journey
Discover Your Talent– Do What You Love, Atlanta, GA
November 4, 2016
Atlanta, GA – As he reflected on his own life experiences and wrote them down, Jim became convinced that everyone has a story to tell, and everyone’s life has inherent value. Reading a lifetime of letters his father wrote by hand to his mother, he rediscovered a hero’s journey and is finding ways to tell the story.
LISTEN TO THE PODCAST or READ MORE → 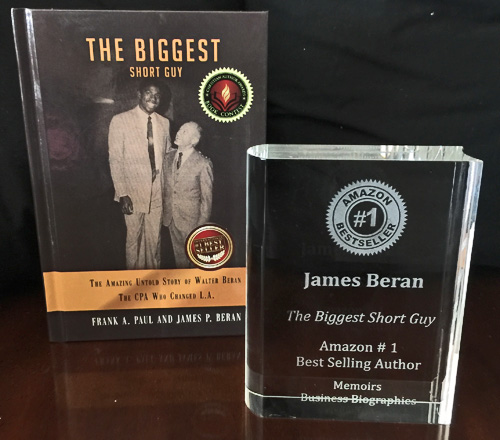 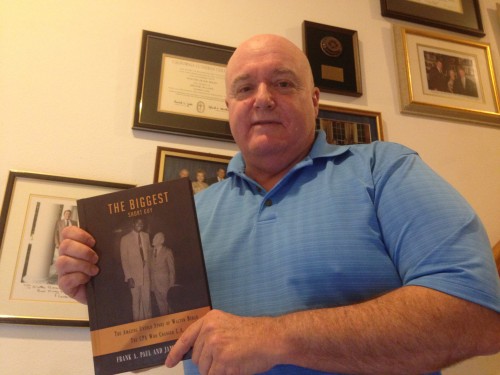 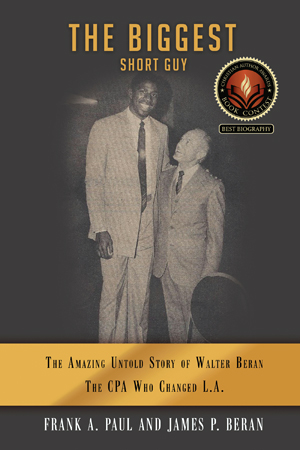